Home » Homes for Sale in Leander, TX or “Hipsturbia”

Homes for Sale in Leander, TX or “Hipsturbia” 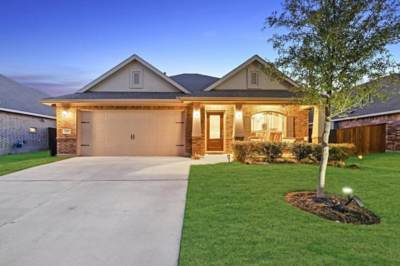 Austin is experiencing a housing rush like nothing the region has experienced before. According to housing data from the Austin Board of REALTORS® (ABoR), home sales in October were up 20% over the same time last year. This is an impressive increase, considering home sales have historically declined during the fall. There’s also the situation with the ongoing pandemic that’s still affecting Wall Street and Main Street alike. However, that doesn’t seem to be deterring homebuyers from making a home purchase this year. In fact, home sales are at its highest in Leander, which has recently been added to the elite list of cities referred to as “hipsturbia.”

Homes for sale in Leander

Leander, TX is a suburb north of Austin. The city is known for its schools, affordable homes and proximity to Austin. In addition to those attractive qualities, Leander has a pipeline of exciting developments and some alluring recreational options. These include:

The city is so popular, that in the last 5 years alone, the population has ballooned by an impressive 79%. Although the increased competition over homes in the city have pushed up sales prices, homes for sale in Leander are still very affordable compared to other popular cities. Leander homes for sale are often more affordable than communities within the City of Austin.

That term “hipsturbia,” according to a report in Austin Culturemap, refers to the rise of “cool” suburbs where live-work-play environments thrive. Those environments attract a larger concentration of “hip” residents. Typically located near mass transit, colleges and universities, shops, restaurants and entertainment venues, examples of such suburbs include Santa Clara, California; Evanston, Illinois and Tempe, Arizona. It may come as no surprise that Austin has its own “hipsturbia.”

What’s in Store for Leander 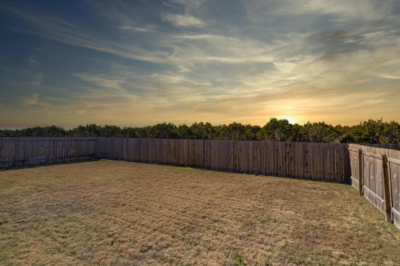 Bridget Brandt, president of the Leander Chamber of Commerce & Visitors Center, was quoted in an October 2019 Austin Culturemap article. She shared how Leander was preparing for the positive attention the city was gaining. The city appears to be preparing for more growth through further development and the preservation of its unique downtown.

“We already have a vibrant and growing Old Town District that is the home to the Old Town Street Festival,” Brandt says. “When you visit Old Town, it just feels different. It is like stepping back to a time where people greeted you, were interested in what you had to say, and were genuinely delighted to have you visit with them.”

“I love the idea that Leander is being considered a place with a unique vibe — it’s exactly what we intended.”

A Background on “Hipsturbia”

According to CultureMap, The New York Times reportedly coined the term “hipsturbia” in a 2013 article spotlighting hipster-welcoming suburbs. “While this colonization is still in its early stages, it is different from the suburban flight of decades earlier, when young parents fled a city consumed by crime and drugs. These days, young creatives are fleeing a city that has become too affluent,” wrote Alex Williams, referring to New York City and its suburban environs.

In the Emerging Trends report, it’s estimated that there will be many cities that attempt to become a hipsturbia, but not all will achieve that goal. However, the hipsturbia trend appears to be well-established and expected to set the trend in real estate for years to come.

“As more and more suburbs — not all, but those with the right recipe — attract a critical mass of ‘hip’ residents, their success will become increasingly visible. This will multiply the number of imitators, keeping the trend going,” the report says.

The Spread of Urban Hubs

Alex Tynberg is the principal of Austin-based Tynberg LLC, which is developing the much-anticipated Northline project. Construction is set to start by the end of this year and will likely be built in phases over a 10- to 15-year period. The timeline and scope of the project is similar to North Austin’s Domain and Domain Northside developments.

“Northline is not necessarily trying to become a hipster-catered community, as it will serve all of Leander and the entire Central Texas region,” Tynberg says. “Obviously, it can and will morph into whatever it eventually will be, but that is not necessarily our target focus — to be Austin’s first ‘hipsturbia.’ Certainly, others can project that, which is fine.”

Older millennials who want to buy their first homes and start families are expected to form the foundation of “hipsturbia” enclaves around the country. In a release, ULI notes that millennials in general long for suburbs that boast a “cool” factor, including art galleries, trendy restaurants, and a vibrant nightlife.

“You can take the hipster from the city, but you can’t take the city out of the hipster,” Andy Warren, director of real estate research at PwC, said recently.

Reach out to David Brodsky Properties for more information about homes for sale in Leander. We are happy to lend our expertise to help you develop a successful strategy for your Austin area relocation.