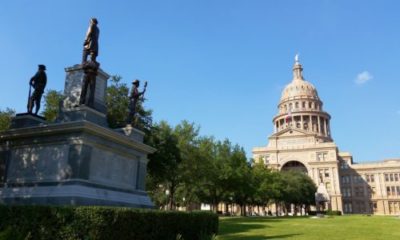 Austin job growth before the coronavirus put it at the top of the best cities for jobs in the U.S. The local unemployment rate was the envy of the nation at less than 3%. Now that many businesses have been shuttered for weeks and even more are operating at a fraction of full capacity, unemployment and job growth are a very different picture from what was anticipated for the region this year. However, this situation is temporary and now economists are predicting job growth as soon as June or July, putting the region nearly through the worst of its economic slump.

A Slow Recovery Could Start Soon

A recent report in Statesman.com shares insights from top economic experts. According to the predictions shared in the report, the local economy will take some time to recover from the devastation wreaked by the efforts to contain the virus. But Austin’s economy was on such a strong trajectory before the coronavirus outbreak that job may start as soon as a month from now.

“In my personal view, it is going to be maybe two years from now” before Austin can get back to the sub-3% unemployment rate that made it the envy of most major metro areas in the country, said Austin economist Angelos Angelou.

The next two years won’t be all bad, though. Jon Hockenyos, president of Austin-based economic analysis firm TXP Inc., agrees that economic recovery will take some time but also anticipates businesses to start hiring again soon. His estimation is that Austin’s economic recovery can take 18 months or longer.

“It’s going to be a slow recovery” said Hockenyos. “I think by June, we will start to see more people working than we had in May,” marking the start of a trend, Hockenyos said.

The recently-announced plans to reopen the Texas economy and the subsequent easing of public safety precautions is a sign that we may be over the worst of the virus. As businesses start to reopen, many of the currently out-of-work Austinites will be able to start earning an income again. That will help curb the negative effects of shelter-in-place ordinances that kept the public from going out and put businesses on the skids.

Although reopening businesses is a step in the right direction economically, a recovery to the region’s pre-2020 stellar business activity will take about two years.

“In my personal view, it is going to be maybe two years from now” before Austin can get back to the sub-3% unemployment rate that made it the envy of most major metro areas in the country, said Austin economist Angelos Angelou.

Ray Perryman, president of Waco-based economic research firm the Perryman Group, is among those who expect businesses to begin rehiring soon, but he’s still forecasting average annual employment in the Austin area to finish the year down by about 65,000 jobs compared to 2019, even with a budding recovery. That number would put the region’s full-year unemployment rate for 2020 at about 8% — triple its 2019 level.

“We are generally expecting returns to (pre-pandemic) employment levels to occur in early 2022” statewide, Perryman said.

Austin has two aces in its pocket when it comes to economic recovery, though. According to the Statesman report, the region’s tech companies and entrepreneurial class could help it recover at a relatively faster pace than other areas, economists say. Austin also lacks a heavy reliance on the oil and gas industry, meaning it won’t face as strong of a headwind from the recent plummet in oil prices as will many other parts of the state.

A recovery “is going to take some time,” Angelou said. But “I think (the economy) is going to pick up from June through the end of the year.”