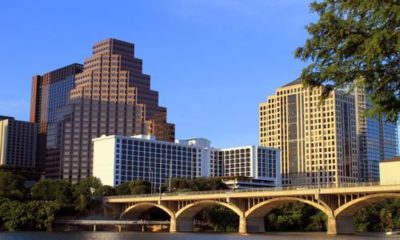 Financial news publication The Wall Street Journal has named Austin the hottest job market in the U.S. An ideal combination of appealing factors give Austin an edge over other U.S. metros that were in the ranking, including Denver (No. 3); Seattle (No. 4); and Seattle, San Francisco, and Salt Lake City (all tied at No. 5). Main factors mentioned were the low unemployment rate, strong job growth and business-friendly climate.

To develop the ranking, the WSJ gathered data from Moody’s Analytics to grade the labor markets in all 381 of the country’s metro areas. The ranking takes into account five metrics: unemployment rate, workforce participation rate, job growth rate, workforce growth rate, and wage growth rate. Signs of future job growth were very strong for Austin, which recently broke ground on a $1 billion campus in Northwest Austin.

Apple’s newest campus will house about 15,000 workers. Currently, about 7,000 people work at the existing Apple campus in the metro. In addition to Apple, many high-profile tech giants are expanding in Austin. The companies include Amazon, Facebook, Google, and Indeed.

“Austin’s business-friendly climate and massive talent pool aren’t the only things that make our region attractive to job creators and job seekers,” Mike Rollins, president and CEO of the Austin Chamber of Commerce, says in a statement provided to CultureMap. “Our incredible quality of life — the live music, great food, and beautiful natural scenery — sets us apart from other markets. We’re always excited to speak with job creators who want to create jobs and contribute to our prosperous economy.”

Dallas-Fort Worth at No. 9

Previously, WalletHub had ranked Austin the fourth-best city in the U.S. to find a job this year. The online finance site compared more than 180 U.S. cities across 31 key indicators of the hottest job market strength. They range from job opportunities to employment growth to monthly average starting salary. In the main findings, Austin ranked 6th overall for “Job Market Rank” and 21st overall for “Socio-Economic Rank.”

Austin earned a total overall score of 61.82 points in the WalletHub ranking.

Sources for the WalletHub ranking include the U.S. Census Bureau, Bureau of Labor Statistics, Federal Bureau of Investigation, U.S Department of Housing and Urban Development, Council for Community and Economic Research, and WalletHub research.