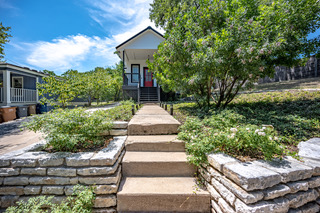 There are a variety of neighborhoods throughout Austin that offer ideal examples of historic homes. Some of them are located in the heart of the city. One such community is the Clarksville Austin. Many Austinites refer to a larger portion of Old West Austin as “Clarksville,” but the historic Clarksville encompasses only the area bounded by Mopac, West Lynn Street, Waterston Avenue, and West 10th Street. Although the community is currently known for its abundance of historic cottages and luxurious updated renovations, the area has a rich history that began when an emancipated slave bought a 365-acre plot of land owned by Texas Governor Elisha Pease.

A Brief History of Clarksville Austin

In 1871, a freed slave named Charles Clark purchased land in West Austin that belonged to the Texas Governor at the time. He founded the community of Clarksville, is the oldest surviving freedman’s town west of the Mississippi River. Freedman’s towns are the original post-Civil War settlements founded by former African-American slaves. The historic district was inducted into the National Register of Historic Places in 1976 in recognition of its unique and valuable history.

Clarksville retained its African-American identity throughout the 20th century, but not without its fair share of adversity. However, in 1975 the Texas Historical Commission designated a two-block-wide strip of Clarksville as a historic district. It was then that the city paved the streets with asphalt. Then, in the 1970s, as rising land values drove lower-income residents out of the area, the Clarksville Community Development Corporation was established to provide low-income options to preserve the community’s character. The district was added to the National Register of Historic Places in 1976.

Throughout the early 1900s, many European immigrants settled in Clarksville and helped create the community that is there today. Anthony Colanetta settled in the neighborhood and opened Anthony’s Laundry & Cleaners at the corner of West 12th Street and West Lynn in 1950. Colanetta also built a drugstore that he leased to his friend Hylton Nau. Today both stores are still operating, and the soda fountain in Nau Enfield Drugstore is a rare find. In the mid-1970s, Sledd’s Nursery and Jeffrey’s restaurant opened and have remained Clarksville staples ever since. In 1979 Craig Weller and Mark Skiles opened Clarksville Natural Grocery, and a year later they joined forces with John Mackey to open the first Whole Foods, then called Clarksville Natural Grocery. 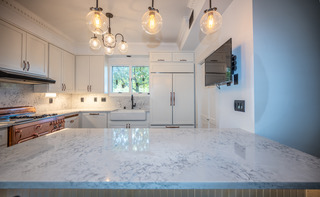 Clarksville has been around for more than a century, so house hunters can easily find historic homes. Some may require significant updates. But the land value in the neighborhood has been steadily increasing. Homebuyers on tight budgets and a love for historic homes might find the perfect fixer-upper in the community.

The average cost of a home in Clarksville in 2016 was $950,000. House hunters on a tighter budget can consider purchasing a condo or renting an apartment in the area. However, a condo in this neighborhood could cost as high as $600,000 or more.

To help preserve the unique character of the community, the Clarksville Community Development Corporation was established. In addition to its affordable housing program, the CCDC has restored the Hezikiah Haskell House, a 19th-century home built by a former slave, and turned it into a museum and meeting space. It runs a community garden and throws an annual ice cream social and Halloween haunted house. Potential homeowners who are considering purchasing a home in Clarksville should be prepared to be a part of a strong community with a desire to preserve the historic heart of what makes the neighborhood special.

Reach out to us to find out more about Clarksville.