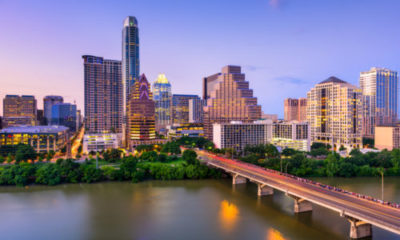 As shelter-in-place orders have slowed down the pace of life most Austinites have grown accustomed to in recent years, newly released data from the U.S. Census Bureau shows that the metro was the fastest-growing large city in the U.S. between 2018 and 2019. It is the ninth year in a row that the region has outgrown every other major U.S. metro. It’s also the latest news that underscores the strength of the local economy and foreshadows the kind of social and economic recovery the area will likely make once work and travel restrictions are lifted.

“While it appears that Austin development has come to a halt (at least for the moment), people who are planning to move to the Austin area will still need to relocate for work after shelter-in-place regulations have been lifted,” explained David Brodsky, broker/owner of David Brodsky Properties. “Once the metro starts to get back to normal, there’s likely going to be a population and development boom as workers and developers try to meet deadlines.”

Brodsky’s optimism is echoed by industry and economic experts alike. Earlier this year, The Milken Institute released its annual assessment of the best-performing cities. Known as the Best-Performing Cities Index, the list ranks the economic vitality of U.S. cities. Austin has consistently appeared near the top of the ranking and took third place in the current index.

“The top-performing cities have cohesive strategies that allow them to weather economic storms and leverage their assets for sustained growth,” said Kevin Klowden, executive director of the Milken Institute Center for Regional Economics. “It’s this interesting case, where if you look at the places that have done well, with the exception Boise and Seattle, … are the places that have seen real growth in future-facing jobs,” he said.

Mark Sprague, state director of information capital for Independence Title, shared his economic insight in a report released by the Austin Board of REALTORS® and covering the latest Austin real estate statistics.

“Austin’s economy has diversified and strengthened over the past two decades. This leads me to be optimistic that our region is in a strong position to withstand economic downturns that may have a greater impact nationally,” Sprague said. “Effects will still be felt, especially by those who depend on each paycheck to pay their bills and provide for their families, and that cannot be discounted.”

Since Austin has been struggling with critically-low housing inventory for years, the recent slowdown in Austin home building has caused some concern that a housing shortage may occur in the area. While inventory remains a primary concern in the Austin metro, development in the suburbs will help to offset a slowdown in the city center. It’s also likely that those local economies will rebound quickly, which will help bolster the economic recovery for the area overall.

“Development is continuing outside of Austin City Limits. That’s important because it will help provide much-needed housing stock for residents going to work in the Central Business District,” said Brodsky. “Since most of the Austin area housing development has been happening in the suburbs, we won’t likely see a significant drop in inventory. Additionally, suburban development will help moderate the skyrocketing housing prices that we’ve grown accustomed to in recent years.”

Construction Outlook at the Beginning of the Year

In his eighteenth annual presentation of his housing forecast for the Home Builders Association of Greater Austin, Eldon Rude, principal of 360° Real Estate Analytics, shared his outlook for Austin area housing development. He anticipated a good year for development due to strong job growth numbers.

At the time of the presentation in January, annual job growth in the region was between 25,000 to 30,000 jobs, down from the 35,000 to 40,000 jobs created from 2012 to 2017. Rude said the estimated 18,000 new homes that builders started work on last year “reflects builders playing catch up from the job growth in the early to mid-part of the last decade.”  So it stands to reason that a slowdown in population growth may actually help builders catch up with demand.

According to Rude, in 2019 demand was highest for houses in the $225,000 to $325,000 range. Builders have looked outside the city proper to find land that can be obtained and developed to accommodate that price range. However, developers have struggled to keep up with the high demand for Austin area housing. The resulting continually-low inventory has pushed up home prices.

“The months of supply of active listings for previously-owned homes in Austin has remained below four months for 89 months (over seven years) – a primary reason for the sustained home price increases in the Austin region,” Rude said.

A Deeper Look at the Census Statistics

According to a report in the Austin Business Journal (ABJ) about the census data, the estimated 61,586 increase in the Austin metro population from mid-2018 to mid-2019 equates to about 169 people added per day. A further breakdown of the number of births minus deaths shows a natural increase of 14,670 and net migration of 46,614. Breaking the numbers down to a daily average shows that 128 more people moved to the metro per day than left it.

ABJ also reported that from 2010 to 2019, the Austin metro added more than 510,000 people which makes it the eight-most raw growth in the nation. Austin isn’t the only Texas city to show exponential growth. Of the 10 counties nationwide that have added the most people this decade, six are in Texas.

The second-fastest-growing county in the nation borders Austin on the south. During the same period, Hays County added an estimated 73,088 people. It calculates to a rate of nearly 47%. The Hays County figures are not surprising since the bulk of the Austin metro population growth has been happening in the suburbs.

A scarcity of land to develop has pushed development into the suburbs and economic development has been growing in the areas around the Central Business District. As a metro, Austin ranked as the No. 29 largest metro in the country in 2019, up from 30th in 2018 and 34th in 2017.